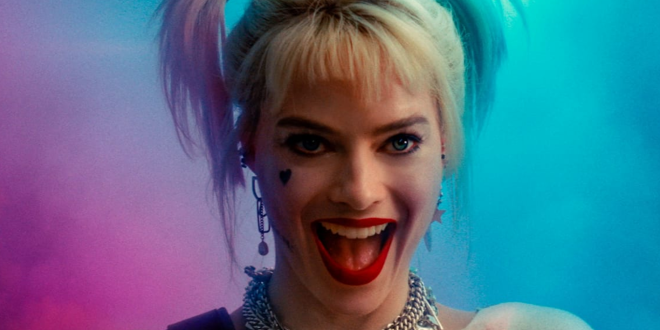 Do you know what a Harley Quinn is?

The breaking news at the heart of Birds of Prey: And the Fantabulous Emancipation of One Harley Quinn is that Harley (Margot Robbie) and her stapled beau, the Joker, have finally split – for good. After the proverbial failure of Suicide Squad in 2016, this break up can easily be interpreted as either a dramatic detox, a cinematic cleansing, a PR renewal, or a hypnotic blend of all three. But in any case, the crumbling of comic’s criminal power couple has left that question without an answer. So, while a drunken, heartbroken Harley may frame it in hopes of securing the high ground of her conversation, it’s a riddle that she herself has no way of solving.

This is one of the (surprisingly) many wistful quests sought after by Birds of Prey, a female powerhouse production whose manic nature fuses brightly with that of the post-#MeToo era. Through Harley’s vulgar and violent “emancipation,” the film strikes oil over and over again, shaping a sharp narrative around a typically chained character and impressively grating a DCEU well that’s felt tapped for years.

In witnessing the best of the comic cinema canon – Black Panther, Wonder Woman, and Thor: Ragnarok for instance – and the worst, it becomes clear that the secret to genre distinction is fashioned by tone. The superhero plight, overridden by worn beats and generally stimulated by unique beatings, forces filmmakers to think outside the panel.

Director Cathy Yan (making what can only be described as her blockbuster debut) and Bumblebee screenwriter Christina Hodson prove themselves to be more than up to the task, as does star-turned-producer Robbie; from its vibrant animated opening to its funhouse fighting finale, Birds of Prey may grind some of the same R-rated, self-referential rails as Deadpool, but it does so at such a spirited speed that it scoots right past many of its own potholes.

The aftermath of Harley’s breakup with the Joker – who never makes an onscreen appearance, Leto or otherwise – is the prime source of that speed. During her time with the Clown Prince of Crime, Harley had managed to ruffle a lot of feathers in Gotham City: a lot of bitter, grudge-holding feathers. After milking her relationship (a city-wide insurance card) past its expiration date for a few more nights on the town, she lets the split slip and almost immediately, Gotham turns the calendar into open season.

One such hunter is the crime boss Roman Sionis, commonly known in the Batman universe as Black Mask. Played as both a pouty and explosive art fob by Ewan McGregor, Sionis’ own plans for revenge and city conquest are interrupted when teenage pickpocket Cassandra Cain (Ella Jay Basco) makes off with a very valuable diamond of his.

The glittery jewel, which spends most of the film coursing through the young girl’s digestive tract, also serves as the birds’ MacGuffin. After a somewhat off-putting, pace-slowing series of introductory flashbacks, the underrated but undeterred detective Renee Montoya (Rosie Perez), the violent vocalizing songstress Black Canary (Jurnee Smollett-Bell), and the adorably awkward crossbow killer Huntress (Mary Elizabeth Winstead) have rallied around Cain and Quinn, exchanging hair ties and prepared to ward off Sionis’ goons together.

In terms of performance, though it is Robbie whose enthusiasm glistens the most in the limelight, whether she is mourning the loss of a hangover-curing breakfast sandwich or rampaging through the Gotham City Police Department in glorious slow-motion armed with a glitter cannon, her diverse supporting cast lends more than a helping hand. The four adult leads seem to be having a blast inside their carnival of carnage, each propelling the many acrobatic and athletic action sequences – fortunately, a relatively reserved editing aesthetic allows us to fully appreciate the artistry of their choreography – and on the other side of the combative aisle, McGregor and his slice-and-dice compadre Chris Messina are equally tantalizing to watch in their less hands-on roles.

But no matter the prize that’s racing past Cain’s colon – a very lucrative one after a thorough washing, that is – it’s not as liberating as the freedom all five of the women find in themselves and with one another. The titular focus may be on Harley’s emancipation, but all five manage to escape their rugged pasts, each dropped and shattered by the men in their lives. By the time the movie comes to a close, Hodson’s hyper script has weathered away the women’s obsessions with family, romance, and occupation, leaving behind raw, confident soldiers more than capable of handling their own inevitable franchise down the road.